Like many other home appliances, air purifiers too are assigned some metrics that are supposed to indicate their efficiency at certain tasks. CADR rating, acronym for Clean Air Delivery Rate, is one such controversial measure that’s been allotted to air purifier models for over 30 years by the Association of Home Appliance Manufacturers (AHAM).

While some manufacturers boast higher CADR ratings of their air purifier models to amplify sales, others accuse the metric of being biased towards less efficient but higher outflow providing air purifiers to justify their lower rating or them not being CADR certified at all. This state of controversy has led to a confusion among buyers that relied on such comparable factors as their primary research basis. It hence becomes vital for customers to completely understand what exactly is the CADR rating, how is it calculated and is it a reliable means of comparing air purifiers at all.

What is CADR Rating?

The CADR (clean air delivery rate) is a numerical value assigned to an air purifier based on its performance in predefined tests conducted by the AHAM. CADR ratings essentially reflect the volume of air being filtered/purified per unit time. The standardized rating is expressed in CFM (Cubic feet per minute).

CADR ratings are standardized for three predominant particle sizes. Hence, air purifiers are tested against dust, pollen and smoke removal that represent big, medium and tiny particles respectively. Consequently, we’ll have CADR ratings for dust, pollen and smoke for each air purifier that’s undergone the test. Out of the 3, the smoke CADR is of the highest importance as it gauges the effectiveness of air purifiers in removing the tiniest airborne particles that concur with HEPA filtration standards.

From an initial impression, the rating seems to be a fair measure of comparison until of course the test procedure and conditions are kept constant. But, there’s so much more that’s yet unaccounted and limits the reliability of CADR ratings.

To further understand the limitations of CADR ratings and how they are used to promote unethical marketing tactics to bait customers, we should first know the complete test procedure and how exactly is a CADR rating calculated.

How is a CADR Rating Calculated?

There’s a standard test procedure to calculate and assign CADR ratings to air purifiers that’s been pretty much constant over the years. The Association of Home Appliance manufacturers have labelled the following precise test guidelines under the ANSI/AHAM AC-1 standard.

How Useful are CADR Ratings?

As evident, CADR ratings are evaluated and allotted to air cleaning devices only after they are put through a standard testing phase. The ANSI/AHAM AC-1 test being consistent in regard to the procedure and conducted in controlled & minutely monitored test chambers, it delivers enough credibility to the CADR ratings that they can be roughly used to judge the efficiency of an air purifier.

It is however to be noted that the CADR rating allotment procedure is 30 years old and hence newer manufacturers have found clever loopholes around the method to get their models highly rated. We, therefore, advise our readers to not make their buying decisions based on CADR ratings alone. These loopholes were found by makers of the famous IQAir HealthPro Plus Air Purifier.

We’ll discuss in the subsequent section how the CADR rating system has multiple limitations that make it a rather incomplete grading factor on its own.

How CADR Ratings may be Misleading

For decades people have referred to CADR ratings as an infallible metric to distinguish “effective” air purifiers from “ineffective” ones. But, it’s about time you separated yourself from the herd. Below is a concise list of reasons as to why a high CADR rating doesn’t necessarily translate to a good air purifier.

The CADR rating here seems to favour models that circulate semi-clean air at a higher rate as opposed to others that circulate cleaner air (higher efficiency) at a lower rate. In this case, although the former will be rated higher at the CADR scale, the latter delivers what really matters.

2. The CADR test is carried out at max speed for only 20 minutes

An air purifier model is assigned a CADR rating upon being tested at maximum fan speed for 20 minutes with brand new filters. This implies, at the time of CADR testing, the air purifier filters have the highest efficiency and being tested at the highest setting, air cleaners give out the highest airflow that their design allows. Consequently, it wouldn’t be an exaggeration if it’s said that the CADR tests are conducted with highly optimised conditions.

Now, users neither use their air purifiers at full speed nor the filters stay at 0% saturation for long. So, if you’re going to be using your air purifier at a lower setting, you’ll already realize a lower CADR rating than the specified value your model features. To further add to your concern, filters start losing efficiency once the air purifiers are put to regular use thereby further reducing the CADR of your air cleaner.

AHAM’s CADR ratings are strictly limited to airborne particles of different sizes. The three CADR ratings namely dust, pollen and smoke correspond to large, medium and fine suspended particulate matter in the air. The rating downright overlooks the air purifier’s ability/disability to remove chemical pollutants and VOCs from the air.

While it is obviously desired that an air purifier eliminates dust, allergens and bacteria from the air, accounting for gaseous chemical pollutants and VOCs is just as important. AHAM does not take into account the VOC removal efficiency of indoor air cleaners while assigning them their CADR ratings. This means if you were to select an air purifier solely based on the unit’s CADR rating, you’d never know how well it eliminates hazardous chemicals from your indoor air or if it does at all.

1. Are all Air purifiers AHAM certified for CADR rating?

2. Does a high CADR rating equate to cleaner air?

Referring to the definition, CADR ratings are expressed as a product of an air purifier’s filter efficiency and air flow. The rating being calculated based on these two variables, the users do not have any means of knowing which of these factors contributes to what extent towards the final numerical value.
Consequently, a high CADR rating could mean a highly efficient filtration mechanism with a high air flow or it could mean a lesser efficient filter (semi-clean air) with a larger air flow. As evident, a high CADR rating doesn’t necessarily correspond to a highly efficient air purifier.

3. Why do I see three CADR ratings for every certified air purifier?

4. Which one of the three CADR ratings is most relevant to me?

Out of the dust, pollen and smoke CADR ratings, the smoke rating corresponds to the finest airborne particles ranging form 0.09 to 1 microns. The dust and pollen CADR ratings are almost always equal to or greater than the smoke CADR because of the fact that larger particles are more effectively trapped by the particle filter.
A high smoke CADR is meant to correspond to a high efficiency in removing the smallest and allergens and pollutants. To conclude, a fairly high smoke CADR is the most relevant rating when screening through HEPA air purifiers.

As opposed to popular belief, the CADR rating alone can’t be reliably used to filter out effective air purifiers for domestic use. If at all, you’d still want to refer to CADR ratings besides filter types (True HEPA vs HEPA-Type filters), noise levels and ozone generation hazards, look for a moderate rating that balances the filtration efficiency and airflow rate.

Most models with extraordinarily high CADR ratings are modified to throw out a larger airflow with the sole intent of securing a higher rating on the scale. This tweak comes at the price of a compromisation with the filtration efficiency.

Noah is a technology enthusiast that is always on the lookout for newer innovations in the 'smart products' matrix. Working on his interests, he has even been a part of a startup featuring Air purifiers that he left once the company resorted to misleading marketing manoeuvres. Owing to all the time that he's spent working on improving air purifier designs, he stands unrivalled in picking apart deceptive claims of manufacturers while promoting genuinely legitimate air cleaners. 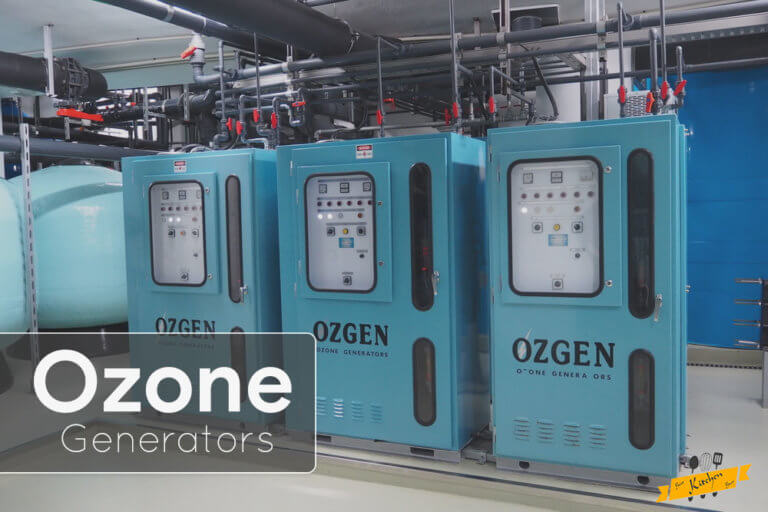 Ozone generators are quite the controversial type among other air cleaners. With more people by the day trying to validate the use of ozone generators to clean indoor air, there’s more misinformation on the internet than ever. The conclusions and judgements drawn in such written pieces lack a pragmatic approach besides no scientific data to… 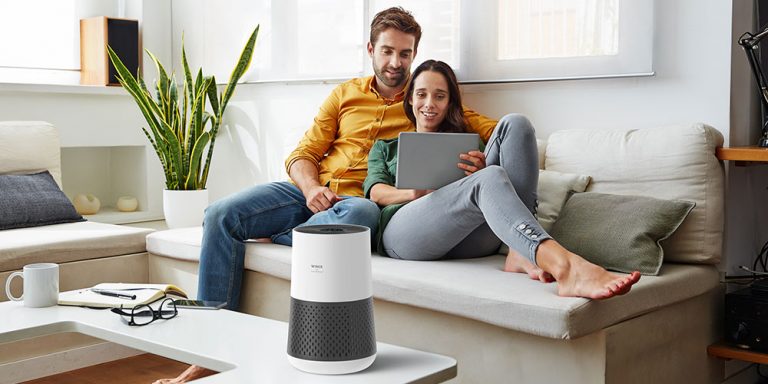 Air purifiers have become an understated yet quite necessary part of the modern home. If you own one, then you must already feel the difference that an air purifier can bring to your home and its surroundings. However, it is also true that air purifiers are not exactly the flashiest devices – there are chances… 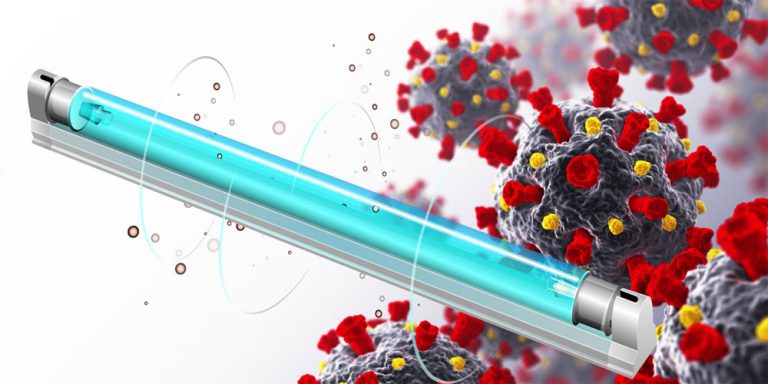 If you’re one of the unlucky individuals who gets mold in their household every year during the rainy season like clockwork, it must be quite frustrating to look at the unappealing patches of mildew on your walls or corners – or worse, in your ventilation units.  Luckily, there are ways to rid yourself of mold… 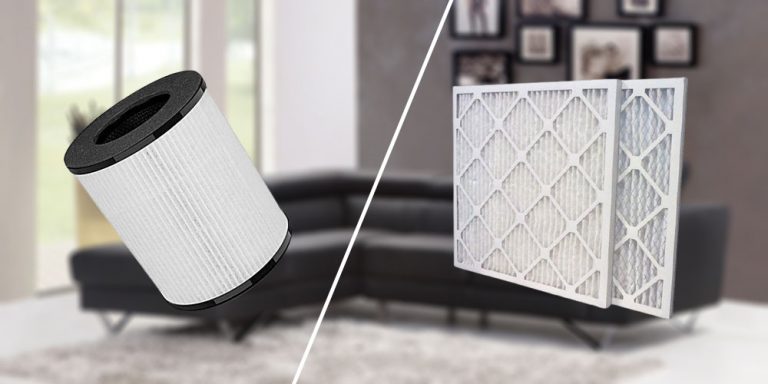 These days you can find an equal amount of air pollution inside your homes as that of the outdoors. Lack of proper ventilation systems is a major reason for this as an area with little or no ventilation is more prone to trapping contaminants and pollutants found commonly at your homes than anywhere else. Clean… 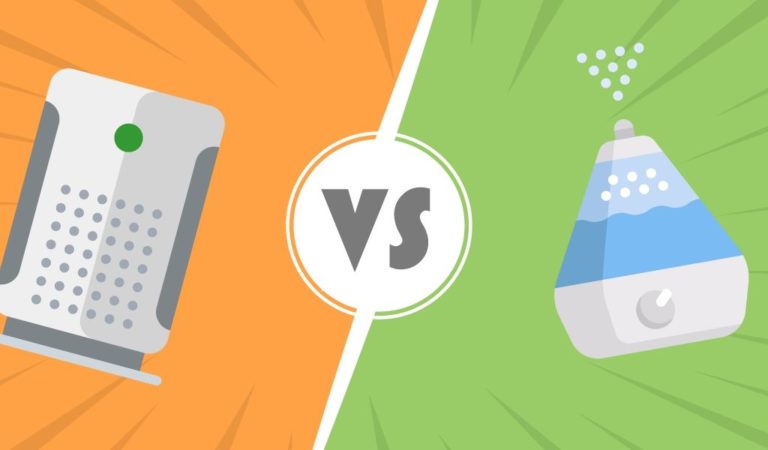 Most of us often tend to take the air around us for granted, simply because it’s available in abundance and always present around us. But the air we breathe rather than the type of air we inhale is of utmost importance. If you hadn’t realised it already, this post would help you do so. The… 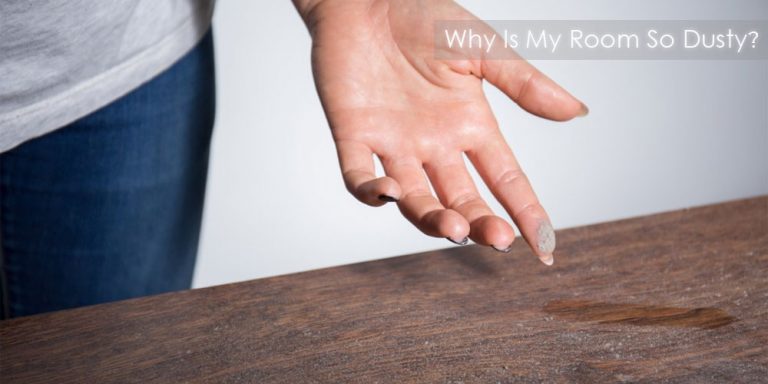 If you’re wondering about the answer to “why does my room get so dusty”, even when you try to best to keep it as clean as possible, then you’re in the right place. Your bedroom is your space to relax at the end of a long day – and you should not have to spend…