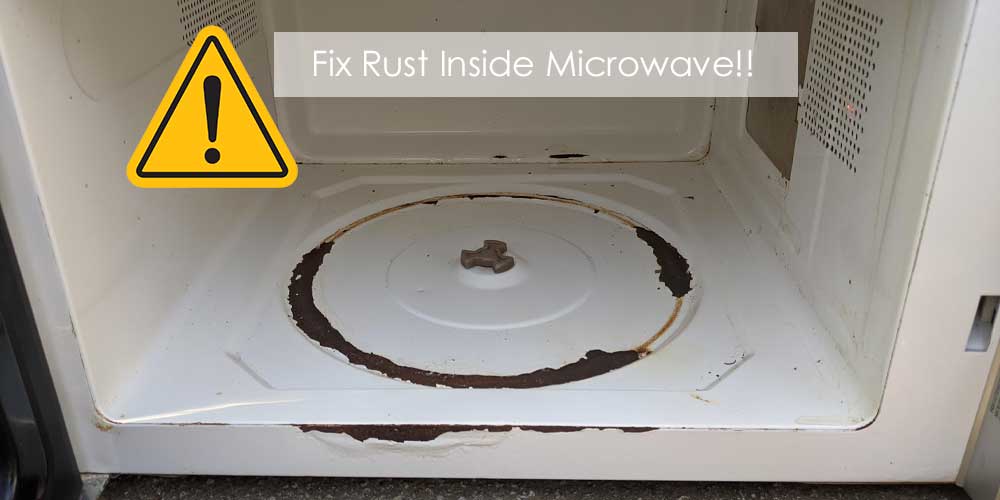 As the technology has advanced so has the usage of microwaves for various purposes. These days every household is equipped with a microwave which enhances the kitchen processes. Like any other electrical appliance, microwaves can also be affected by various problems, like when they start rusting from the inside.

While microwaves do make kitchen work easy and convenient, they do become unsafe when they start rusting and can cause some serious problems. Rust in the microwave interferes with the normal functioning of the microwave and causes it to display erratic behavior. The presence of rust on the inside of the microwave can also result in sparks and fires and lead to accidents.

What Causes A Microwave to Rust Inside?

After several years of usage, the microwave starts wearing out. Eventually, the paint inside the microwave starts chipping, after which oxidation occurs and forms rust. Rust in microwave may form on the inside of the microwave sometimes due to the age of the microwave when it gets older and the other times due to other environmental factors such as humidity. Rust also forms on metallic appliances when they come in contact with air and moisture. The oxygen present in them can cause the exposed metal surface to oxidize and thus result in rusting. Rust damages the look of the appliances and noticeably affects their efficiency and quality.

Microwaves are very fragile and their inside surfaces are thin and weak, which makes it vulnerable to any food or liquid particles left behind. Food splatters on the inside surface of the microwave can eventually harden and cause the paint to erode consequently rusting the insides of the microwave. It can also happen when a liquid is spilled inside the microwave and is not cleaned or dried properly. Failing to clean the inside surface of the microwave leads to accumulation of food debris which causes rusting.  It can sometimes also be the consequence of the exposed metal getting wet. It is generally for this reason, recommended to not put metal utensils in the microwave. People have concerns over yeti cups, mason jars and other similar metallic utensils. To help you with the general rules, we’ve put together a guide of a bunch of things that you should never put in a microwave.

Once the inside of the microwave starts rusting, it needs to be addressed on priority because of potential hazards that may occur.

Is Rust Inside a Microwave Dangerous?

Exposed metal inside the microwave can cause dangerous reactions. Arcing can cause sparks or flashes inside the microwave as a result of electromagnetic rays getting reflected on striking a metallic or reflective surface, during the heating process. This could also leave a burnt smell in your microwave that could be tough remove. Arcing being caused due to the chipping of the paint can be fixed easily by restoring the damage.

When the rust outside or inside the microwave eats through the inner coating of paint, it can cause the radiation to leak. Microwave radiations interfere with human biological processes and can also result in conditions such as sterility and leukemia. They can affect the processes of human cells and are therefore harmful for our physical well-being.

A simple process to determine whether the microwave is leaking or not is by putting a fluorescent bulb infront of it when it’s switched on. If the bulb lights up that means there is a radiation leakage.

How to Remove Rust Inside the Microwave?

Microwaves rust from inside and can result in the formation of dangerous fumes if the rusting is not removed at a proper time. Cooking anything in a rusted microwave is not only dangerous but also degrades the quality of the food, hence one should always try to remove the rusting if not replace the microwave entirely. Small amount of rusting damages can be taken care of by adopting some measures.

Before carrying out any cleaning processes, it should be ensured that the microwave has been unplugged.

Scenario 1: Sparking Could be Happening Because of Condensed Hard Water

Sometimes rust in the microwave can result from condensed hard water. This means there is a stain that can be removed by adopting certain cleaning measures.

Scenario 2: The Paint has Peeled Off

The inner coating of the microwave is made of metal, hence a special paint is applied on top to seal the cavity and keep it intact. When the paint peels off, it starts rusting and can be dangerous. So if you notice any chipping of paint, promptly restore it, to avcoid further damage.

Measures to Prevent Rust Buildup Inside a Microwave

Microwaves become prone to damage with age. There are various measures which can be adopted to prevent the build-up of rust inside the microwave. The best way to avoid any problems within the microwave is to clean it regularly and properly.

Cleaning the microwave on a regular basis is very important to ensure its safety standard. A microwave can be cleaned by wiping down its insides and outsides by using a damp cloth and vinegar. This should be done every time after heating any liquid or if the food inside has caused some splatters.

While removing the food debris a damp cloth should be used to remove the possibility of any stains happening. Failing to clean the inside surface regularly can result in hardened food residue and the resultant sparking.

If there are any spills inside the microwave, then they should be wiped out before it is put to use again. The liquid should never be left to dry and should be cleaned before that since it makes cleaning much more manageable. Using home DIY cleaning agents like baking soda and lemon works wonders in keeping your microwave clean.

Any spillage on the inside of the microwave should be cleaned before being heated further, since the heat can cause the residue to harden and make it even more difficult to clean. This can result in the paint chipping off and the resultant damages.

3. Do not Use Abrasive Cleaning Products to Clean the Insides

The material used for cleaning should be non-abrasive otherwise it can result in the formation of scratches and marks on the surface. While removing the rust especially, soft materials should be used since there are high chances of scraping and scratching the metallic surface resulting in further damage.

Sparks inside the microwave can be very dangerous and the appliance should be immediately unplugged. Sparks in the microwave can be caused due to several reasons. One of it being the rusting of the inside surfaces. Sometimes the waveguide cover can be the reason. It’s a small panel on the thicker side of the microwave which can sometimes cause sparks due to being cracked or damaged. It can also be a faulty diode which will need professional assistance to be replaced.

Sometimes due to age and due to any food particle being stuck inside, the paint starts getting eroded. If the interior paint starts chipping off, it is best to fix the problem and apply a fresh coating of paint.

The microwave is not safe when its inner coating starts coming off. The microwave makes use of electromagnetic radiation for cooking and when its coating comes off, there is a possibility of these raditaions being reflected and thus harming the food and our bodies. Furthermore, the coating is done on the metallic surface of the microwave which can otherwise result in sparks and fires.

Verdict | Is It Safe to Use a Microwave with Rust?

The rusty surface of the microwave can be a threat to our physical safety in multiple ways. Usually the rust outside the microwave is not harmful and only when it reaches the inside surface can it cause real damages. Rust on the inside can cause sparks and flashes and result in fires. While you can still repaint and use your microwave if the insides aren’t exposed too much. But in case if the damage is too much to repair, you might be better off with a new microwave altogether.

Microwave radiations can also start leaking as a result of rusting and can cause significant health damages.  If the rust in the microwave is not a result of condensation of hard water but of the exposed metal becoming wet and eroding then it’s advisable that the microwave be replaced, since it can cause fires. 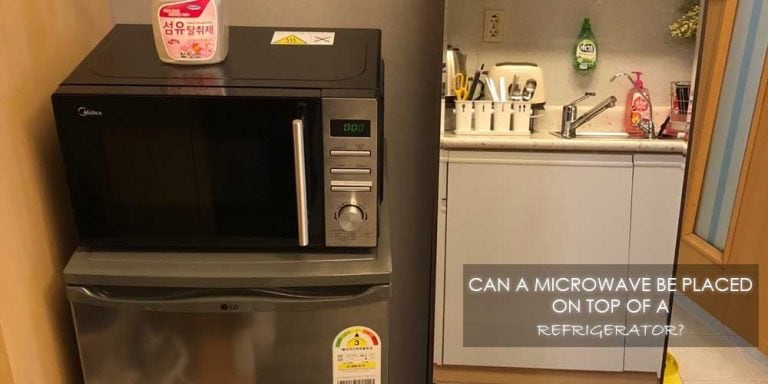 Microwaves these days have become an important part of our lives and it’s difficult to get on without them. It has become an essential kitchen appliance and many people are turning towards them because of their convenience. It is an excellent addition to the kitchen since it can cook food faster than any conventional methods. Not… 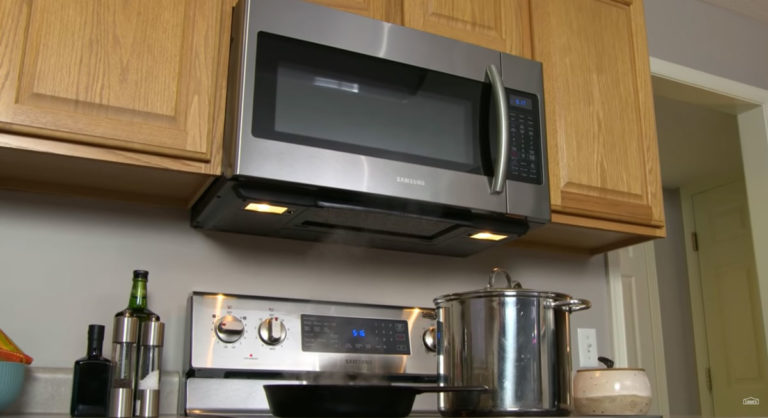 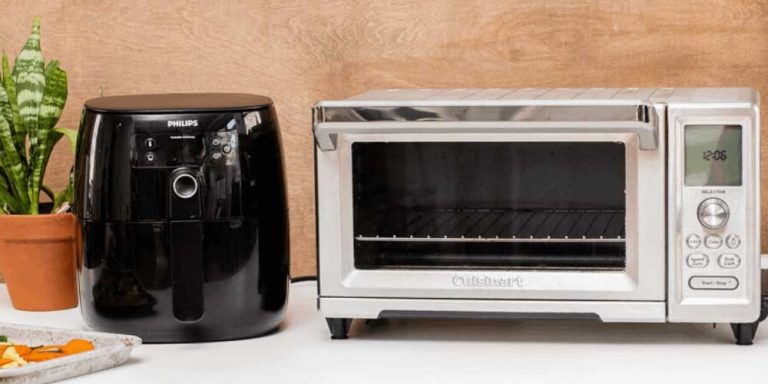 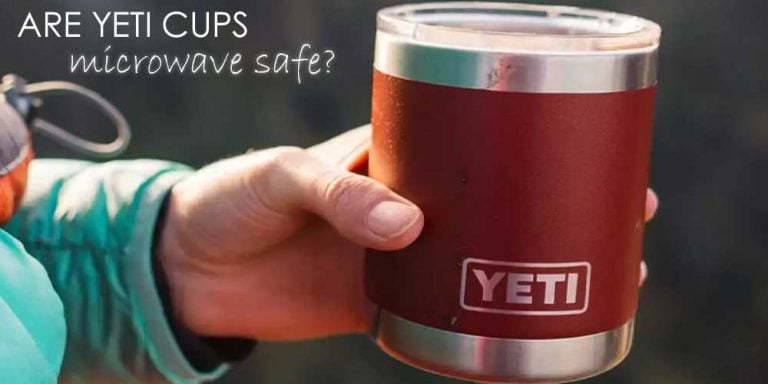 In this fast-moving world there is an ever rising time crunch. This makes way for products and services which may help in relieving us of some of the pressure by saving our time. Yeti cup is one such appliance which let’s us carry our hot coffee or tea and be on our way. The Yeti… 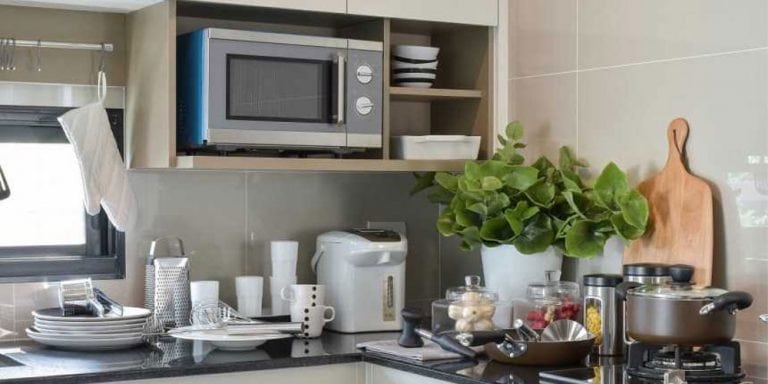 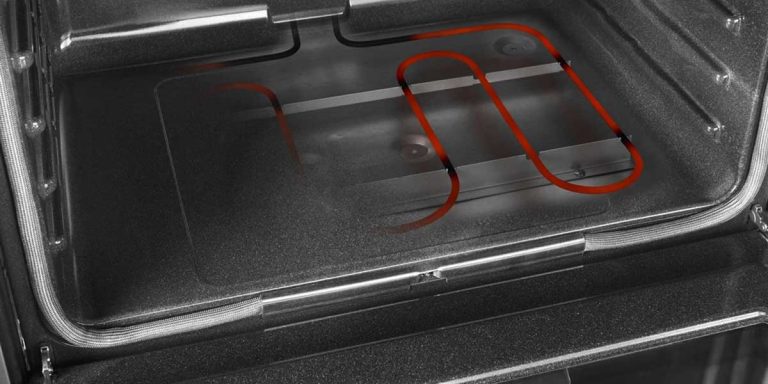 The cooking power of your oven comes from two heating elements- one at the top and another that is hidden at the bottom of the oven. The hidden one, in particular, works as a cleaner. Both of these elements can be seen if you peek into the oven. You can usually tell if they are…