Dishwashers have become an inseparable kitchen appliance in a modern kitchen. It reduces the bothersome work of doing dishes manually every time you have a meal. Not to mention, it also makes the kitchen look sophisticated and stylish as well.

What is a Top Control Dishwasher?

What is a Front Control Dishwasher?

What are the Upsides of Using a Top Control Dishwasher?

The top control dishwasher’s minimal design is stylish and elegant, giving your kitchen a trendy and modern look. And since the buttons and control systems are located on top of the dishwasher, they are usually smaller and more compact. As a result, top control dishwashers are considered a high-end option, and they can be found in some of the most well-designed kitchens.

It also results in a better visual even when it is open. The appliance is easy to clean, smooth surface finish and lacks front controls. The sleek front complements almost any kitchen design, and the front of the dishwasher isn’t packed with buttons, lights, and controls.

Integrated dishwashers are approved for flush inset installation that blend in with your cabinetry using custom panels and hidden components.

It gives a sleek and elegant design to the kitchen. When the dishwasher is sticking out of the cabinet, which is often the case with front control dishwashers, it doesn’t look all that appealing to the eye. Further, you are also likely to hit a toe on the corner, stumble upon it unconsciously or any other accidents might happen. Front control dishwashers that are approved for flush installation are increasingly becoming the norm for modern kitchens.

With the buttons hidden at the top of the dishwasher door, the kids are much less likely to mess with them while you’re cooking dinner. It reduces the chances of possible accidents when a child is playing around, near the dishwasher. But since top control dishwashers don’t really have visible controls, this will never occur.

It also eliminates the possibility of inadvertently pressing the buttons while cooking. This situation may likely require washing your dishes twice, wasting both water and electricity. Furthermore, the smooth finish and lack of front controllers and lighting make the appliance appear very attractive and elegant.

What Are the Upsides of Using a Front Control Dishwasher?

Front control dishwashers have a timeless design and easy access to cycle settings. The controls are accessible without opening the door. The buttons with a front control dishwasher are right where you can see them. This feature creates a flawless, simple, and efficient design that everyone can operate. This style of dishwasher is normal and conventional. It’s not Together with the controls on the front, there is usually some type of countdown which will allow you to know whether the system is in the process or not.

Keeping a budget range in mind will guide you in narrowing down your options. Front control dishwashers are the best option if you’re on a tight budget and don’t care that much about the aesthetic of the kitchen.

When it comes to dishwasher prices, the size of the dishwasher, designs and augmented features will cause significant price variation. Front-control dishwashers, on the other hand, will be less expensive than top-control models in general. It is a traditional dishwasher with old or new features that are less sophisticated. For a few thousand rupees, you can get a decent, basic dishwasher with controls on the front of the door.

The placement of the buttons and controls on the front of the dishwasher creates a classic appearance. Even though the control systems have evolved from buttons to touch screens, it’s still helpful to know where to look and how to operate your dishwasher. Since the appliance’s introduction to the general public in the 1950s, this has been the standard dishwasher design. Front-control dishwashers have a classic look and provide quick and easy access to the machine’s settings. Whether you are considering a kitchen renovation or replacing the old broken dishwasher, it is comforting to know that it will never look out of date.

In addition to the controls on the front, there is generally a certain type of countdown that will tell you where the device is in the operation through cycle status indicator lights or a digital time remaining display to show the progress of a cycle. The ability to stop the dishwasher in the middle of a process is one of the great attributes of a front control dishwasher. All you have to do is open the door a smidgeon and the cycle will come to a halt. To restart the cycle, most of the time you must press Start before closing the door.

Related Read: Why does my dishwasher smell like rotten eggs?

Is a Top Control Dishwasher Costlier than A Front Control?

The price of front controls vs top controls totally depends on the brand and other functionalities included in the dishwasher, such as quiet operation, waste disposal mechanism (implying if the unit has a hard food disposer or a filtration system), etc. However, front control dishwashers are considerably less expensive than top control dishwashers since the manufacturer and components of your dishwasher will have a significant impact on the price. Top control dishwashers are strictly reserved for higher-end manufacturers and functions, so they are a little more pricey. Front controls, on the other hand, do not always appear inexpensive, and they can be more efficient if you want to know what process is working and how long it really has left for the process to be over.

Verdict | Is A Top Control Or Front Control Dishwasher Better?

At the end of the day, both the types of dishwashers work for the same cause. There are many aspects to keep in mind before choosing one of them, like if you are remodeling your kitchen in a contemporary design, then you should definitely go for a top control model. Or if you have children and are concerned about their safety, a top control dishwasher is the ideal choice.

Otherwise, if you are tight on your budget, or want to have easy access to the controls and don’t care about the aesthetic of the kitchen, a front control dishwasher would be the best. 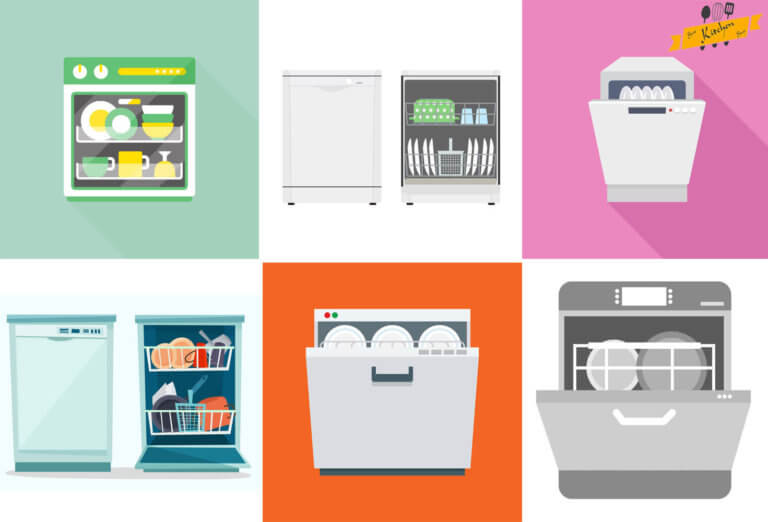 Those old despondent chapters of having dull grumpy hands are now buried. Thanks to this obliging kitchen appliance—the dishwasher, which has facilitated saving your precious relaxing time along with blessing you with happy hands. In case, if you are thinking of purchasing a new dishwasher for the very first time, or whether you are planning… 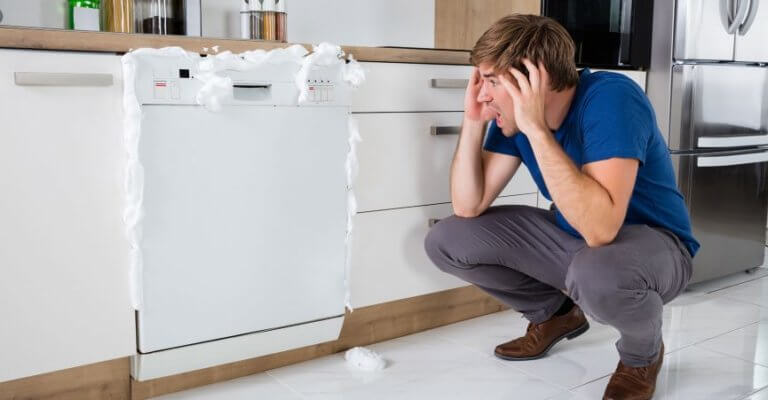 Clogged dishwashers are common occurrence in most households. While the problem can be quite frustrating with all the standing and smelly water, the solution is simpler than you’d imagine. And without the need to call a professional either! Read on to know all about dishwasher clogging and easy DIY tips to try at home to…

Dishwashers are designed to make lives easier for us. Just place the dirty dishes in the washer and let the machine do the rest – from washing stains to rinsing and drying of the dishes – it takes care of everything. It’s only natural then that the soap used for facilitating the dishwashing cycle should… 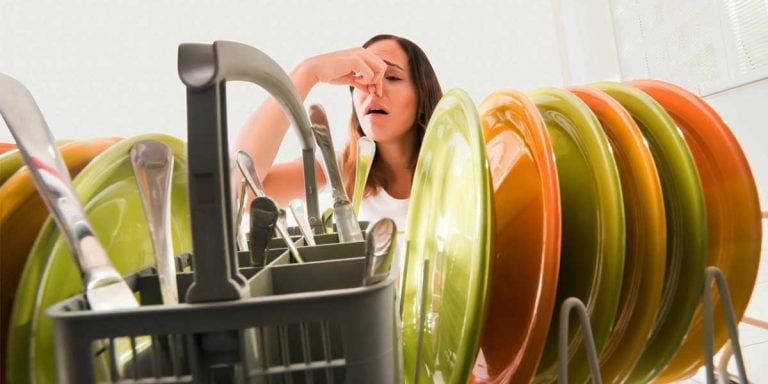 After having seamlessly cleaned your dishes for a while, your dishwasher has finally begun to break down and has started emitting the foulest odor possible. No matter how many canisters of Febreze you spray, you can never get rid of the rotten egg smell that your dishwasher has been emitting. However, you don’t need to…

Dishwashers are a true blessing in disguise. They have made arduous chores like washing dishes a piece of cake! Literally. This seemingly simple chore can practically take up an hour or more of your precious time in a day, not to mention the effort it involves especially after a long day at work. You neither…