A lot of people get confused when they have to make a decision on choosing a meat grinder or food processor. The two appliances have helped us shorten the preparation time needed before we start cooking and work in almost the same way yet have differences in the way they cut food items and the effect they have on the product.

We are going to compare the two appliances to make the decision easier for you. We will be comparing the texture, taste and ease of use.

Can you grind meat in a food processor? Yes, both meat grinders and food processors are designed to mincemeat and vegetables. However, the two differ in certain aspects, which are detailed here for your understanding:

1. The texture of the meat

If you like your meat just about loosely ground (not very fine), then the food processor is a more suitable choice. However, if you want your meat chunks to be broken down very finely so that they can be used in certain specific recipes, then you go with a meat grinder. A commercial grade meat grinder, preferably, if you value precision and happen to have frequent high usage.

Meat grinding in a grinder turns out even, unlike the ground meat in a food processor, which is generally minced quite unevenly. This means that the meat may end up in both large and finely ground chunks, which may not always be suitable in cooking. Not just that, you might even get paste-like meat which is a result of over grinding in the processor.

The meat grinder is perfect for you if you want finely ground and textured meat.

A meat mincer or meat grinder generally yields rich, meaty, and juicy meat pieces, carefully retaining all the fat juice as the meat is cooked. Food processors, on the other hand, tend to leave a bit of smearing behind while grinding meat. Besides, the meat processed herein tends to lose more of the fat while cooking.

If you like your meat all juicy and fatty, despite being ground, then meat grinder is a relatively better choice.

Meat grinders are usually reasonably easy to operate and quite user-friendly too. The meat gets ground relatively quickly and can be used as an all-purpose grinder as well; not just for meat mincing. Food processors too work well in terms of user operation, though freezing the meat in advance tends to yield better results to prevent smearing during grinding. Also, you might need to work out the grinding in batches because a large quantity of meat may not pass through a single time.

If you’re hosting a large party and need large portions of meat minced quicker, easier, and evenly too, then going with a meat grinder might be better, provided you have a stand mixer and grinder attachment.

The cutting blades used in each appliance makes a huge difference in how the food turns out in the end. For instance, the cutting blades of a food processor work by spinning the food and chopping it as they move. During the spinning cycle, the blades tend to cut whatever comes into contact with them, irrespective of the number of times a particular chunk has been chopped.

This means the size of the food cut cannot be controlled, which results in non-uniformity. The only thing under the user’s control is the duration up to which the blades keep running. This isn’t the case with a meat grinder blade. There are a variety of blade plates, all of which are screwed to the front of the grinder, adjacent to the cutting blades. These plates can be used to control the size of the meat ground in the device. You can choose the plate to get the grind you wish based on what you’re cooking.

Meat grinder grinds meat to the desired size by spinning food through its blades only once, unlike in a food processor where the food needs to pass through the blades intermittently. It is also fairly easy to sharpen the blades of the meat grinder and the food processor, so don’t worry about them getting blunt.

The attachments in an appliance are equally important when considering it for purchase. This is where meat grinders generally score an extra point. They come with several plates, each in a different size. Each plate is numbered too, indicating its total diameter for convenience purpose.

On the other hand, food processors only come with specific standard attachments – a Sabatier blade, and disc-shaped attachments for slicing and shredding. These can be used for chopping, grinding, slicing, and shredding food chunks in three varieties – coarse, medium, and fine. Besides, you may not also be able to experiment with the quantity of food chucked in time into the processor.

The larger the plate size of the meat grinder, the more amount of meat can be shoved through it at a time for grinding.

6. Size of the appliance

A food processor is generally available in three sizes – full, compact, or mini. The first one is ideal for preparation of large meals for parties or gatherings, while the compact and mini ones suit best for preparing small amounts and also to fit limited counter spaces.

Grinders are available in different sizes, and you can choose the one to best suit your specific need in terms of preparation, cost, the power used, weight, and available space for use.

A larger variety in device size offers a better choice based on individual requirement, which tends to get restricted with a food processor, although it would be easier to clean a meat grinder that is smaller.

Meat Grinder or Food Processor: Which is Better?

It isn’t straightforward to categorically state which one to choose over the other because cooking appliances tend to appeal differently to different cooks. This is because each individual has a unique cooking style and an equally varied preparation method too. This would mean that depending on the way they cook in the kitchen, their dependence on any one appliance may differ accordingly.

If you regularly grind meat yourself over buying pre-ground store meat, then investing in a meat grinder might be worthwhile for you. This is because you can use it anytime for your cooking or even when hosting gatherings at home. Besides, it gives the perfect consistency in terms of uniform size of chunks, which works great in meat presentation and even cooking.

However, if you aren’t a minced-meat fan and like to use ground meat only seldom in some specific dish recipes, then you may better want to invest in a food processor. The latter works great at a lot of other tasks too, besides grinding meat – chopping, slicing, shredding, and much more.

Make your own choice based on your specific need and budget, and enjoy cooking! 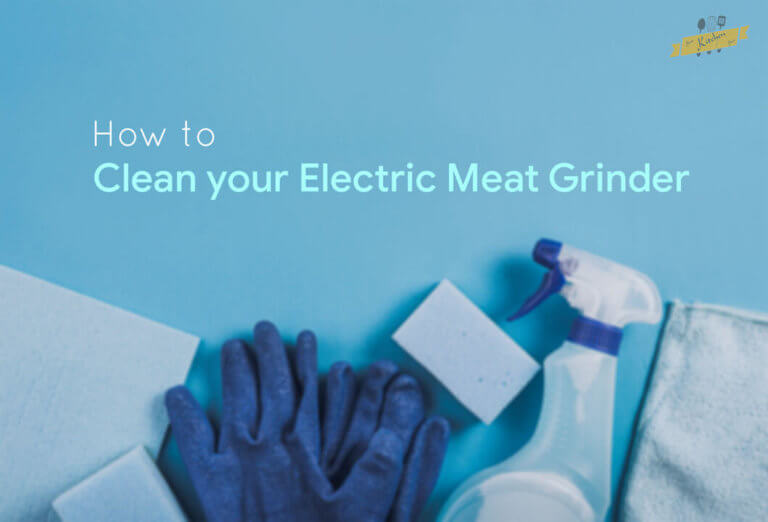 To all the home cooks, the meat lovers, and the economical folks, we know how much your valuable appliance—your electric meat grinder means to you and to your lifestyle. So keeping that in mind, we present you some easy-peasy, yet amazing ideas to help keep your meat grinder  hygienic and residue-free always, along with increasing… 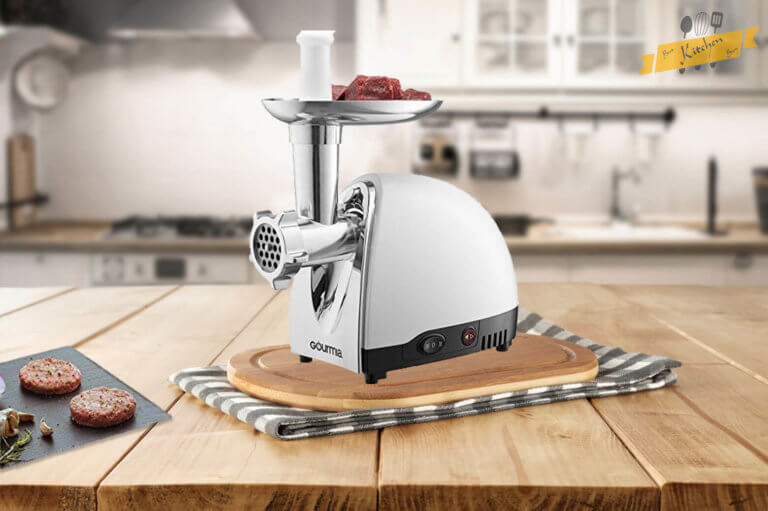 It is not uncommon today to have meat grinders in your homes or restaurants. Presently, a total of 71% of the population in India is non-vegetarian. Following the same notion, the world percentage reaches a total of 83%. If we look back in time; meat grinders were hand-cranked, and the meat was made to lie…