For every task that one performs in the kitchen, there are different knives that one requires. A larger chef’s style knife helps cut and dice, whereas a smaller knife comes into play when you need a more delicate touch.

Smaller paring knives perform many functions and are great for when one is performing tasks that require greater-dexterity. Because they are smaller and more maneuverable, they are usually used to execute delicate and detail-oriented work such as trimming and peeling. Its small, pointed tip is often used to test the tenderness of food such as meat and vegetables, and its slightly curved blade helps make the precision tasks faster and smoother.

Table of Contents show
1 What Is A Paring Knife Exactly?
2 How To Hold A Paring Knife?
3 What Do You Use a Paring Knife for?
3.1 I. Peeling Fruits and Vegetables?
3.2 II. Coring tomatoes
3.3 III. Deveining Shrimp
3.4 IV. Shucking Oysters
3.5 V. Deseeding Fruits
3.6 VI. Cutting Herbs, ginger, and cloves of garlic
4 Conclusion

What Is A Paring Knife Exactly?

To put it simply, a paring knife is a short chef knife that has a compact yet extremely powerful blade. The blade usually measures between 2.5-4 inches, making it an ideal choice for performing intricate tasks. Its simple yet sharp blade is perfect for cutting hard-to-reach places and carrying out tasks such as mincing herbs, skinning mushrooms, deveining shrimp, or creating delicate garnishes. All these tasks require more precision, which a chef’s knife cannot provide, so a paring knife is the way to go.

How To Hold A Paring Knife?

Whenever you are using a paring knife, it is essential to ensure that you completely control the blade. Make sure your grip is secure as well as comfortable, and your hand is curled into a ‘claw-like position. You can grip the handle with four fingers and pinch the font handle or the flat of the blade using your thumb- this way; the knife will feel more balanced overall.
Good quality paring knives are usually quite stable and slip-proof and continue to work well, no matter if you’re using a cutting board or not. Once you start using a paring knife regularly, you will quickly get accustomed to the different welding techniques.

What Do You Use a Paring Knife for?

I. Peeling Fruits and Vegetables?

The most common use of a paring knife is the peeling and slicing of fruits and vegetables. Unlike a chef’s knife that can only be used alongside a cooking board, a paring knife can act as an extension of your hand, making peeling easier.

They work in a similar manner as conventional peelers but minimize wastage and are easier to use. Just like while using a conventional peele, one must hold the food in one hand with a stable grip and then hold the handle of the paring knife. With slow inward strokes, one can cut through the skin of the product.

The small handle maximizes the control you have over the blade and makes the process faster as well. It may take a beginner a while to get over the initial difficulties, but eventually, it becomes highly convenient.

When making tomato sauce or stew, it is essential to core the tomato to ensure a smoother end product without any seeds, core, or peel. A paring knife is the best appliance for this function as its sharp blade can easily cut through the centre and core. To core a tomato, begin by plunging the paring knife one inch deep into the tomato and run the blade along the rest of the core using a steady sawing motion. Eventually, a conical cut will be achieved at the top, after which you can pop the core out!

Deveining shrimp entails cutting through a certain black line present on the shrimp and removing the shrimp’s digestive tract. Though the track is harmless and flavorless- I prefer deveined shrimp. If you’re one of those, a paring knife is ideal for the job. The process involves finding the dark black vein that runs down the shrimp’s body and making a shallow cut using a paring knife. This exposes the vein, and then one can pull out the vein via the small incision.

Shucking oysters is often an extremely tedious and strenuous process. However, with the right techniques and a sharp paring knife, the job becomes easier. To begin, take your fresh and raw oysters and identify the flatter side and the cupped side.

The cupped side is the one that contains the liquid and oyster that needs to be shucked. Identify the hinge- which is the point of attachment for the shells and jab the knife near it. With a swift and steady movement, pop the hinge by twisting the knife blade in the right direction.

Many times, people dislike fruits that contain seeds and prefer to remove them. If you’re one of those people who likes de-seeded fruits, using a paring knife is optimum since its sharp tip enables you to remove seeds easily. Moreover, performing the deseeding process using your hands is impractical and messy.

The sharp and small-sized blade of the paring knife makes it ideal for functions such as cutting Herbs, ginger, and cloves of garlic. The lightweight nature of the knife makes the process of cutting herbs and spices faster and simpler. Using a paring knife, you can slice the garlic thinly with fine strokes. You can also determine whether you’d like to cut it lengthwise or widthwise- both are highly convenient due to the sharp blade tip.

We hope this article has taught you how to use the chef’s knife and the paring knife. It can be frustrating to learn and get used to the knife as a novice, but practice makes perfect. Use the knife slowly and be careful not to cut your fingers; the speed will come as you get more comfortable with the knife. If you have any other doubts about this topic, let us know in the comments section below, and we will do our best to solve your query at the earliest. 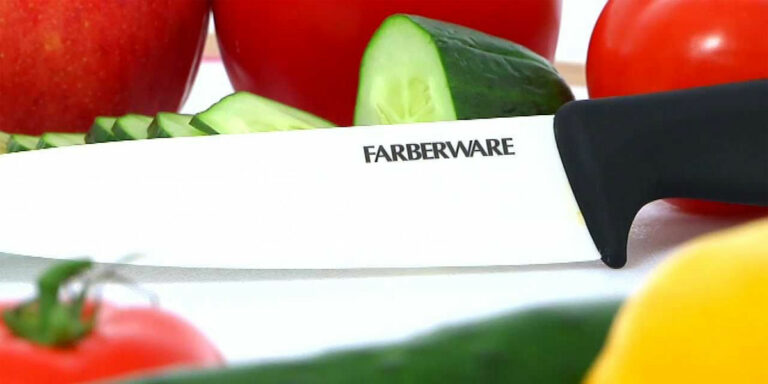 For anyone who has been cooking for a while now, the uselessness of a blunt knife must not be hidden to them. For excelling in any craft, implementing the correct technique is not enough. You need to be equipped with the best tools. Knives are undoubtedly our best friends in the kitchen. From peeling to… 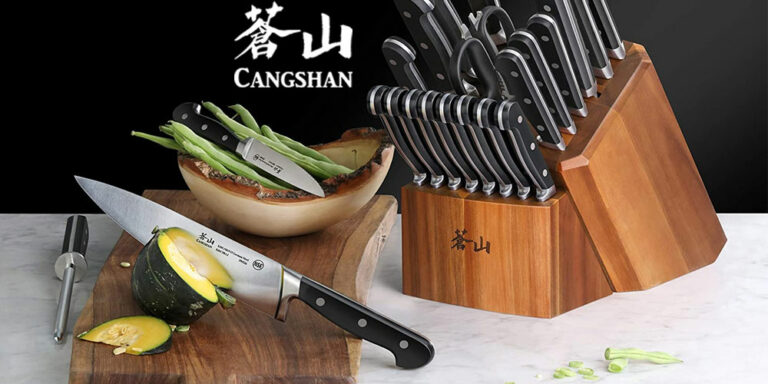 Great knife skills are key to becoming a better cook. However, preparing tasteful culinary delicacies requires more than just great skills. It requires great tools. One such tool that we truly admire to have is the spectacular range of kitchen knives from Cangshan. The reason for this goes beyond the beauty and construction of these… 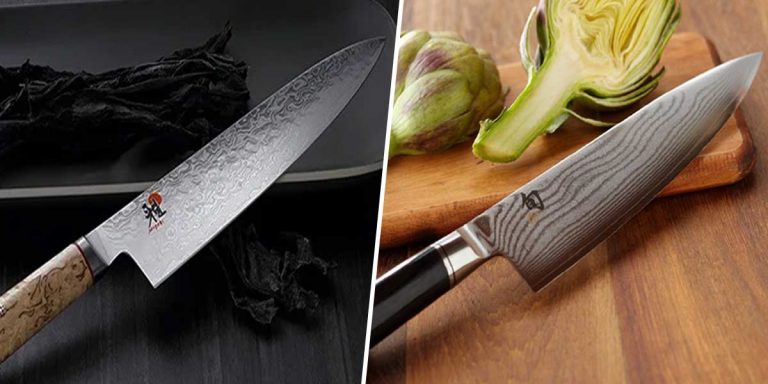 Japan is said to be a knife lover’s destination as some of the well-known knife manufacturing companies are located there. Japanese knives are preferred worldwide because of their durability and top-quality materials. Among the numerous brands that manufacture knives, Miyabi and Shun are two brands that stand out. But figuring out which one to choose… 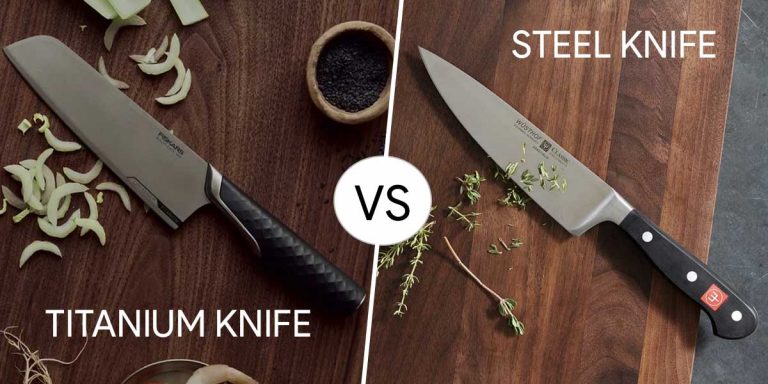 There is no doubt that knives keep evolving in terms of functionality, material, design, and structure. This is the reason there is always a debate going on about what metal is best for knives. One of the most fervently discussed topics when it comes to the material utilized in knives is titanium knives vs. steel… 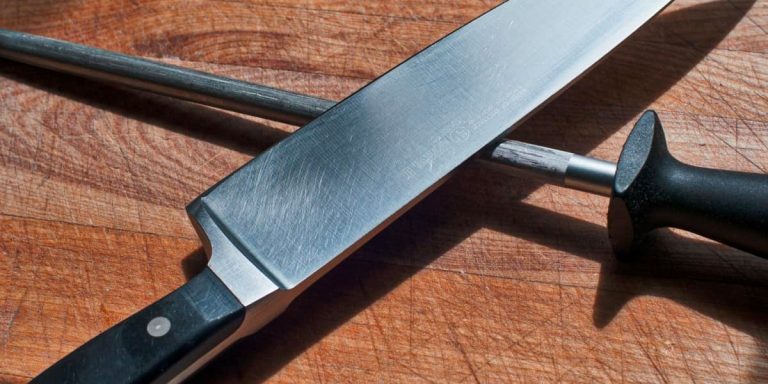 Have you got dull knives? While some people might just throw their dull knives in the bin and buy a new one, this isn’t a wise thing to do! Chances are, your knives can still be spared. You just have to know how to use sharpening steel. For the uninitiated, one might believe that the…

Whether you are an amateur who wants to explore the high-grade set of knives or a professional chef, we all are aware of the obsession with Japanese knives. They have an unambiguous reputation in the world of knives as their superior quality and show value make them stand out of all. In this article, we…