How A Refrigerator Compressor Works & Which Type is Better

A refrigerator is perhaps the best gift of modern technology to mankind. Never could’ve we imagined a few decades ago of a device that could preserve perishables like milk, fruits, vegetables, or even cooked food for more than a day! Refrigerators made this possible. But do they work on magic? How are they able to keep food cold or even frozen for such a long time? Why doesn’t the food inside it go stale easily?

The answer to all these questions isn’t magic but yes, a similar magical component (metaphorically) which is indeed a very vital part of the refrigerator. It’s called the ‘compressor‘. People tend to have heard the name but are mostly uninformed about its role in the refrigeration process. While a compressor is certainly an important component, it doesn’t work alone in facilitating the refrigeration process. There are other equally important parts of a refrigerator that work in close coordination with the compressor. These include the condenser, expansion valve or capillary tube, and evaporator.

Traditionally, compressors are pretty resilient to damage and are often the last component in refrigerators that cease to work. To attest to the fact, you’ll often find brands boasting generous warranties on their compressors, up to 5-10 times more than the refrigerator itself. But, it’s not always that rosy. In exceptional cases, you may end up with a faulty compressor shortly after a purchase. It is hence advised to only buy refrigerators from reliable brands that have had a long history in the field. If you’re currently in the market to get yourself a resourceful, long-lasting and refrigerator, we’ve compiled a thoroughly researched list of the best refrigerators in India for your reference.

Coming back to the subject, in this article, we’ll discuss the working of a compressor and also try to understand which one is the best for refrigerators to ensure they keep functioning to their optimal efficiency.

How a Refrigerator Compressor Works

All the other parts of the refrigerator mentioned above first play their role in the refrigeration process. Each performs its function in helping to convert the liquid refrigerant into gaseous form and then back to the liquid state. This process is called evaporation which absorbs heat and creates cold temperatures inside both the refrigerator and the freezer compartments.

Which Gas is Used in Refrigerator Compressor?

Modern-day refrigerator compressors work on the most advanced refrigerant of today’s times, known as Refrigerant R600a. This gas is the most suitable selection for a lot of reasons:

This is why refrigerator models that use R600a refrigerant are labelled as AAA class, meaning that they display high standard of performance and low power consumption.

A compressor isn’t just available in a single type; there are several varieties of it.The different refrigerator compressor types are listed and explained below for your understanding:

They are the most commonly used in modern-day refrigerators. These ones come with a piston and cylinder and are so named because the reciprocating motion of the piston helps compress the refrigerant inside the cylinder. A reciprocating type compressor isn’t continually in action but it works in phases thereby minimizing the use of electricity. Most frost-free refrigerators have a reciprocating compressor as opposed to some outdated direct cool variants. (Refer our ‘Direct cool vs. Frost free Refrigerators‘ article for more differences.)

These ones are generally utile for industrial refrigeration in factories and have the potential to generate large amounts of pressure using a very small quantity of gas. The refrigerant gets compressed in a screw motor system which has two meshing screws.

It is so named because it’s made of two interwoven scrolls that compress or exert pressure on the refrigerant. One of the two scrolls remains fixed while the other revolves around the fixed one without rotating. When the scroll is in motion, it creates small gaps where the refrigerant gets compressed.

Which Compressor is Best for Refrigerator?

Given the differences above between the three compressor types, it can be understood that for domestic or personal refrigerators, reciprocating compressors ideally work the best. They demand the least maintenance as they’re sealed airtight inside a chamber with oil to guarantee long life. This is why they’re also sometimes referred to as ‘hermetically sealed compressors’.

Besides, they also have a simple design just like an engine cylinder which makes them quite user friendly. They also provide a wider range of compression pressure from 10 bar to 250 bar. They’re also proven to lower consumption of energy by at least 10-30% which directly translates to cost savings. Another huge factor that governs the power consumption of your refrigerator is the BEE star rating that it holds. A high star rating combined with a reciprocating compressor makes for one of the most cost-efficient running.

What is the Cost of Compressor for Refrigerators?

Although the cost of a compressor would highly vary depending on the make and size of the refrigerator model in question, an average estimate accounts to somewhere between $50 and $300. Note that labor charges are not included in this cost. You can find your replacement components online against the model number of your refrigerator.

Your refrigerator compressor may get faulty or just stop working at times. If you notice any of these in your refrigerator, you’re probably looking at a professional repair session. Here are some common complaints that might start bothering you with regular wear and tear of the compressor over a period of time:

If your refrigerator is cooling just right but is bothering you with other problems like leakage, loose door seal and more, the secondary problem might soon cause the compressor to overload thereby causing irreversible damage. These trivial problems can often be solved at home without a professional and hence, must be addressed at the earliest. We’ve put together a collection of the most frequent refrigerator problems and how they can be fixed in this comprehensive write-up.

A compressor, like in any electrical device, is a very important part of a refrigerator. If maintained well, it can last longer and even increase the life span of the fridge, keeping it running efficiently without much trouble.

How To Fix A Refrigerator That Is Not Cooling

BEE star rating: How can you lower your electricity bills?

Direct Cool vs Frost Free Refrigerators: All You Need to Know

5 most Common Refrigerator Problems that you can fix yourself 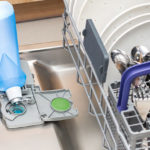 What is Dishwasher Rinse Aid and How to Use it 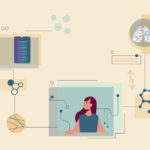 What is an Air Ionizer? Do Ionizers Emit Ozone? 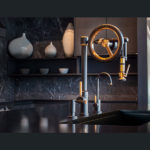 How to Fix a Leaking Garbage Disposal

Best Kitchen Buy is an initiative to help consumers in making the right decision while buying products online.

Many people still don’t trust Online stores because of the poor experience they had in past. Well, it was not the Store but the poor product. Many Online Store promote various products at top even if the product isn’t good.

We at Best Kitchen Buy, use the product for almost a month to write the most genuine Pros and Cons of the product, rather than just trusting any review on the web! You can follow us on Facebook & Twitter for updated reviews.

We are an affiliate of Amazon and different Stores. In basic terminology, this means that we make a few percent of each sale we refer to them. This does not affect our positioning of products nor affect the price of the product(s) for you.