Ever since our ancestors explored creating fire, we are using it for cooking. But, technology has seen significant advancements that never failed to make our lives easy. This development can be seen in kitchen appliances too, especially in the way of cooking.

The thought of cooking without fire is not an alien subject to most of us now, because we have used an induction cooktop at some point in our lives. The mechanism of an induction cooktop is very efficient as it cooks food using electromagnetism. That’s why it is the safest cooking option. The compact and portable design of premium induction cooktops allows us to take it wherever we go. They are much more energy-efficient than gas or electric cookers.

The Working of Induction Cooktop

How does a Radiant Electric Cooker Works

There lies a great difference between the working process of radiant electric cooktops and their induction counterparts. Radiant cooktops get heated up, bypassing the electricity through the radiant coils. After the coils are hot, they transfer the radiant heat to the ceramic glass plate, and the heat goes into the cookware. The ceramic baseplate here is identical to that used in induction cooktops. Both are prone to scratches if inappropriate cookware is used to cook on them. This guides discusses the best type of cookware to be used on smooth glasstops.

Radiant electric cooktops are cheaper than the induction ones. Radiant cooktops are much similar to smaller electric coil stoves; they are only a better version of stove cooking. That’s why radiant cookers do not need special cookware in order to work, unlike the case of an induction cooker, which demands magnetic cookware.

Radiant electric cookers are more energy-efficient than usual stove cooking; still, an induction cooker is the best energy-saving cooking option among these. Also, the brilliant technique of induction cookers is a planet-friendly way to cook. This electromagnetism enables induction cooktops to cook foods faster and evenly than radiant cookers, contributing to a more convenient lifestyle.

Can you use Cast Iron on an Induction Cooktop?

Yes. You can use cast iron on top of your induction cooker.

Cast iron is a delicate alloy of iron and carbon, which makes it very fragile. And it contains a greater proportion of carbon, which is higher than steel.

This further contributes to causing some damage to the induction cooker. You have to keep in mind that cast iron is a very slow heat conductor. This will increase the cooking time. The layer coating of cast iron can also end up chipping if the pan is made to face an overheating situation.

Tips to Use Cast Iron Skillets On Induction Cooktop

If you cannot find any other option than cast iron, you have to take some measures and follow a couple of tips in order to minimize the damage to your induction cooker. These are

2. Place a Parchment Paper on top of the Cooktop

To avoid any scratches, you can use a Parchment Paper on top of your induction cooker and place the cast iron cookware above it. This will ensure less friction. You can also use a baking mat to give nice protection to the cooktop’s glass. If you cannot find any of the two, go for a simple paper or tissue.

An enameled cast iron has an enamel gaze, which is applied to the surface area of cast iron. This will ensure full protection against rust. So your cast iron would provide you a long-lasting performance as it has made rust-proof with the enamel gaze.

Seasoning is a process in which vegetable fat or animal fat is used on the cookware’s surface. If your cast iron cookware is not an enameled one, you need to season it often to make it rust-resistant. Seasoning also decreases the friction between the Induction Cooktop and the cast iron. Also, it ensures your cookware has a non-stick surface for more convenient cooking.

Having all the measurements taken and the tips followed, you can still not be getting a good enough performance using a cast iron on the induction cooktop. This is because the way cast iron is created. The limitations of using Cast Iron on Induction Cooktops are –

Cast iron is very prone to thermal shock. This thermal shock happens when an object gets expanded quickly because of sudden temperature change, so your cast iron cookware develops cracks very often.

An Induction cooker heats up the pan very much faster than any gas cooker. So, if you use cast iron cookware on an induction cooker, the cooktop will transfer the heat quickly to the pan, which will give a thermal shock to the cast iron. Also, if you change the temperature settings and set your induction cooker on high and low in the middle of cooking, the cast iron will take longer to cook the food because it will take much time to adjust with the sudden heat change.

One of the major aspects of induction cooktops is it provides even cooking in less time. But that function gets disrupted if you use cast iron on top of it.

Cast irons are a slow conductor of heat. It contributes to uneven cooking because the middle part of the cast iron heats up fast. The heat then gradually spreads to the sides of the pan. But the middle part contains maximum temperature. When you use it on an induction cooker, cast iron cannot get heated up quickly and provides slow and uneven cooking.

That’s why you have to stir the ingredients much often to have an evenly cooked meal. Also, it takes a lot of time to cook.

So, if you are facing any of these problems, be assured that your induction cooktop works just fine, and you need to change the cookware.

This article provides you with a detailed analysis of various aspects around induction cooking and cast iron. You have known the answers if cast iron can be used with an induction cooker. It has also discovered what kind of measurements you have to take to ensure lesser damage to the induction cooker if you use cast iron. Still, cast iron has some limitations.

This knowledge will help you to choose appliances and cookware best suited to your kitchen so that you can make the everyday boring cooking a convenient and satisfying one. 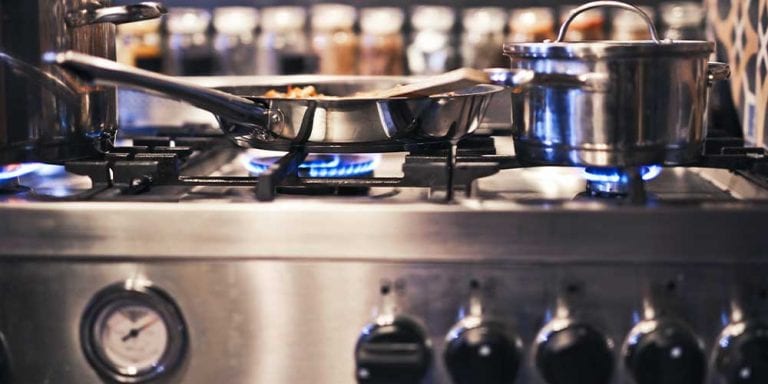 From a technical perspective, converting a gas stove to propane is a rather straightforward task, but it requires expertise and a lot of care. Considerable adjustments need to be made to burner strength and gas output before shifting the fuel line from natural gas to propane supply.  While both natural gas and propane are efficient… 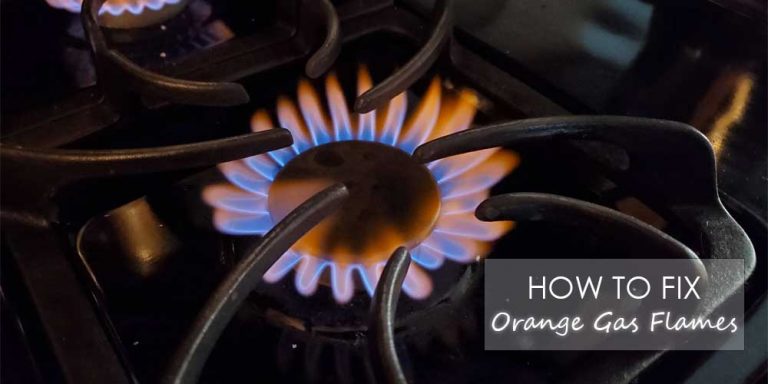 Our kitchens are like a chemistry lab where several reactions go on everyday. Some of these reactions if gone wrong can be hazardous. Much of what happens in our kitchen is about what happens to our gas stove.  Normal flame of our gas stove is blue, hence when the flame turns orange it can be… 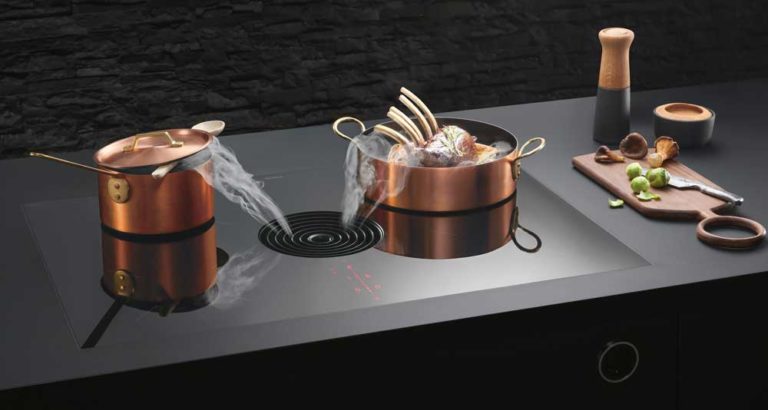 Technological development has transformed our way of living. Nowadays we use numerous gadgets to save time and increase our productivity, be it a simple coffee maker or a computer. We are surrounded with technology in such a way that imagining a life without it, is impossible now. This industrial advancement can be witnessed in our… 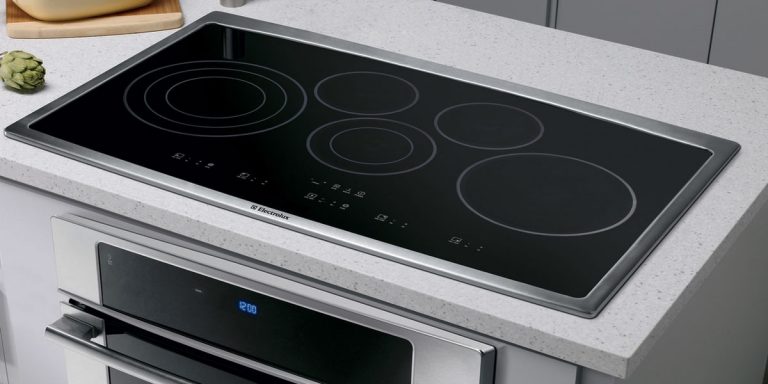 If you’re someone who is currently living in a big city, chances are that you’re always short of space in your apartment. You might also be hunting down decor options that require you to conserve space, and the same applies to your kitchen. These days, space-conserving appliances are all the rage – because who doesn’t… 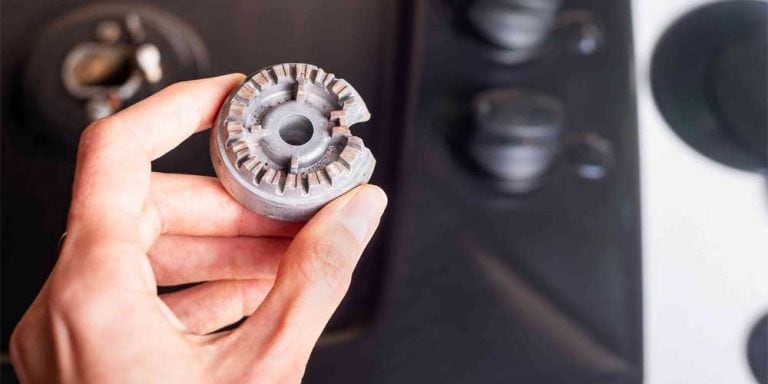 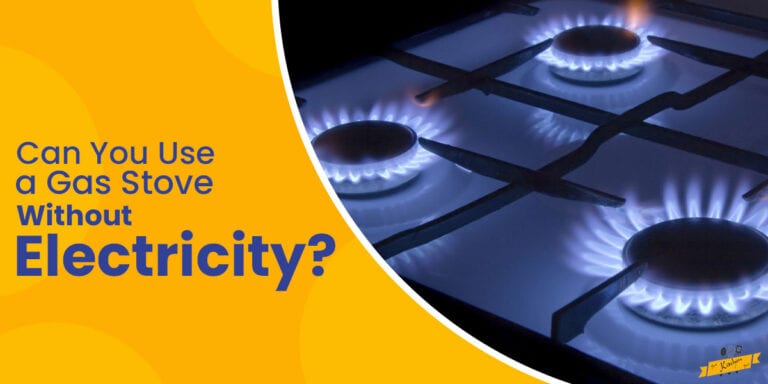 One of the challenges we faced when we initially lost power after purchasing our home was that we had an electric stove, so cooking was obviously out of the question. I was aware that the home is natural gas-piped, but we never replaced our appliances, hence we went to purchase a gas stove. so I…