In our kitchen, we have a variety of electrical products that make our lives easier, but with technology also come several problems. Technical problems are frequently encountered when dealing with kitchen equipment, and instant pots are no exception. While there may be some difficulties with the appliance, it’s also possible that the functioning is normal and that the user is unable to understand the issue.

This is one of the instant pot error messages. If the instant pot LEDs are flashing with the code C5 appearing on the display and the warning beep is on, it means that your pot is too hot. It could be because there is no water in the Instant Pot. There is a solution to this problem. A 6-quart instant pot needs at least 1 cup of liquid and an 8-quart needs about 1.5 cups, so add water accordingly to avoid this situation. This situation can also arise if the inner pot is not in the cooker base or has not been inserted properly. If that happens, wait for the heating element to cool, and reinsert or reposition the inner pot in the cooker base.

These are some more instant pot error codes displayed on the screen. For any of these errors – C1, C2, C6, C6H, C6L,  contact customer care because these are either faulty temperature or pressure sensor issues that are not diagnosable without a technician.

If your display reads NoPr,  there could be three possible reasons, one being not enough liquid in the instant pot or the steam release handle being in the wrong position. One noticeable thing to look out for is if your instant pot has been hissing. This might be a reason your instant pot displays NoPr. To avoid the latter, set the valve to seal. There is another reason for this instant pot error message, the heating element might have failed, if this turns out to be the case, you might have to contact the customer care.

This instant pot error code occurs when sensors detect food burning inside the pot due to the lack of liquid in the Instant Pot. If this happens then release the pressure by moving the vent from sealing to venting. Once the float valve drops, open the lid. To salvage your food, remove the unburnt portion and transfer it to another pot/bowl. Scrape the bottom of the Instant Pot and discard the burned bits. Rinse and wash the Instant Pot and start over again. Reduce the cooking time to account for the time the food was already cooked before you opened the lid. Add enough liquid this time and cook the food according to time.

2. Instant Pot is not Sealing

I. From the Sides

II. From the Float Valve

If the instant pot won’t turn on, there can be many reasons for this problem to occur. If your instant pot has a detachable cord, it might be loose. Check the cord and make sure it’s pushed in all the way. Another reason your instant pot won’t turn on might be that your outlet may be faulty. Try plugging the Instant Pot into another outlet or replace the outlet. It’s possible that the instant pot fuse needs to be replaced, possibly faulty due to a power surge or other electrical issue. If this happens then contact customer service.

The instant pot’s burn message simply means that your instant pot has detected that its inner pot has gotten too hot. There may be a slight amount of burned food at the bottom of your pot, but not enough to ruin whatever you’re cooking. Instead of continuing, when this warning arrives, your instant pot will stop the cooking process to prevent further burning of the food. There are several reasons your Instant Pot will display its burn message. Most of these involve mishaps that may occur during the cooking process, like not adding enough liquid or forgetting to adjust the steam valve to the sealing position.

I. Not Enough Liquid in the Pot

While using an instant pot, the very first thing you need to do is make sure to put enough liquid in your pressure cooker. Instant pots use steam to cook your food, and steam is created from a liquid. As the liquid circulates in your Instant Pot and steam is created, it begins to create pressure. Thus, if there is not enough liquid, you will not have pressure. As a rule of thumb in the kitchen, you should always put at least 1-cup of liquid into your pressure cooker. For safety, put at least 2-cups to avoid a burn notice. So, if your pot won’t pressurize, try adding ½ or 1 cup more water to the pot.

II. The Gasket is Loose

As your Instant Pot is trying to pressurize, you may notice that the steam seems to be leaking from the sides of the pot. This happens more likely because the pressure cooker’s gasket isn’t securely fitted around the edge of the inside lid, thus leaving gaps from where the steam can escape. To avoid this from happening, unlock your instant pot and lift the lid, check the inside edge of the lid where the gasket is located. Adjust the gasket, making sure it fits fully around the edge of the lid and there are no gaps in-between. Now, lock the Instant Pot lid back into place and begin the pressurizing process again.

Sometimes your instant pot won’t pressurize even when the sealing valve is in the “sealing” position. In that case, it can still need a little adjusting. You may see steam coming from your steam valve, you need to adjust the valve a little. Give it a little wiggle up and down and push it more into the sealing position. Sometimes it won’t go into the right place even when we turn and place it carefully.

IV. The Instant Pot is Overfilled

The rule of thumb in the kitchen says to never fill your inner pot over ⅔ full. There is a silver line that is hard to see but it’s there to indicate to you about the amount of water in your inner pot. That line tells you how full you can fill it. If your pot is too full, it can either make sure your instant pot won’t come to pressure, or it will end up spewing your food all over the place when you do a quick release. Always make sure you don’t overfill your Instant Pot.

It’s normal to have a little bit of steam leaking either from the sides or from the release valve while cooking food in an instant pot because that is how the pressure builds. All the troubleshooting methods may not apply to all the different models or brands of instant pots or pressure cookers so try to refer to the manual provided with it. If the issue persists, then try contacting customer service 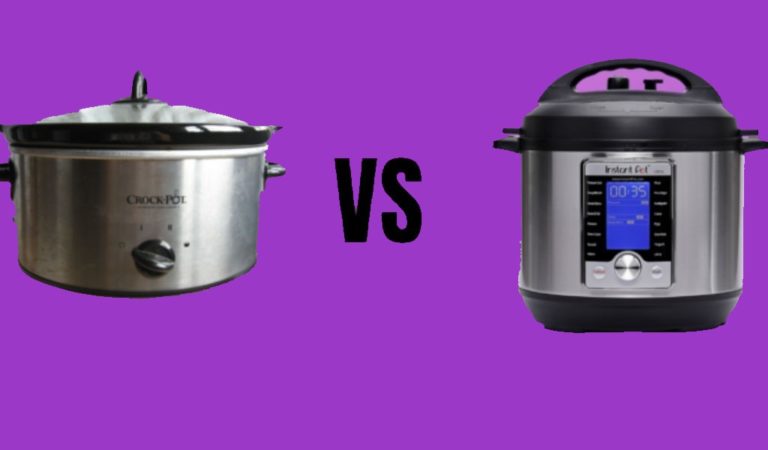 So we’re already familiar with a pressure cooker; ever since its advent into our kitchens decades ago, it’s been ruling our morning cooking routine, making things much easier for us. However, times keep changing, and in our times, we can only say they keep getting busier. Now cooking is all about speed, efficiency, and convenience… 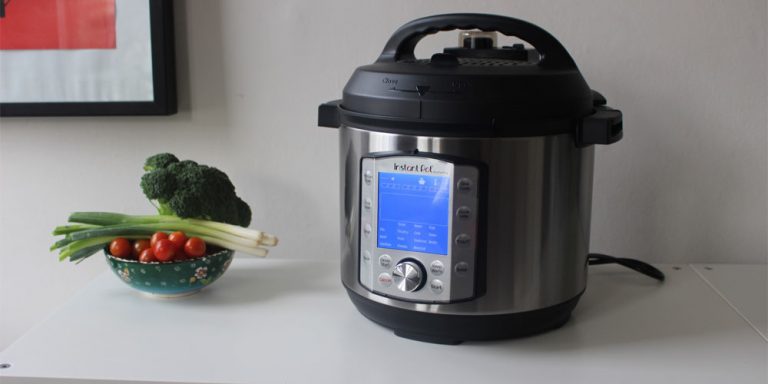 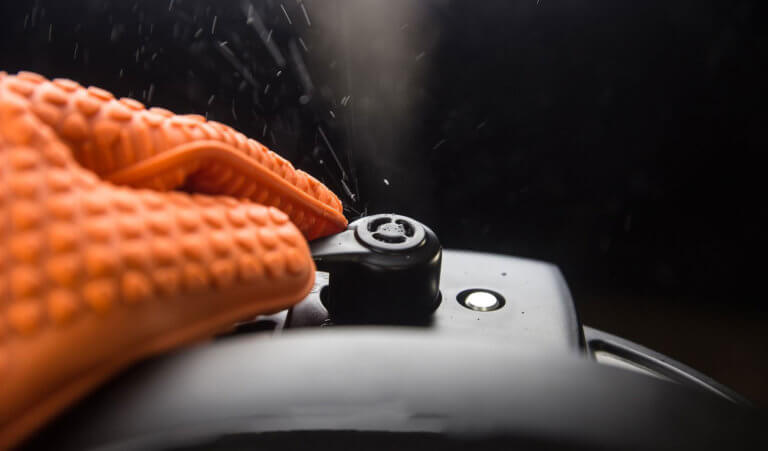 If you use an instant pot for cooking, you’d often come across terms such as natural release and quick release. These terms can also be seen in a number of instant pot recipes available online. Some recipes might indicate instant pot quick release towards the end, while some might require the instant pot to naturally… 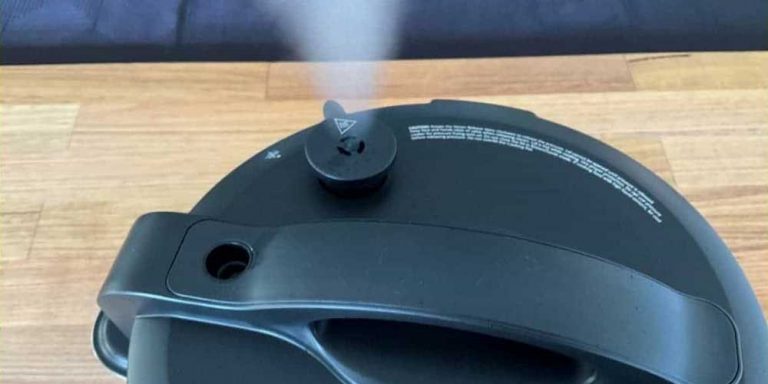 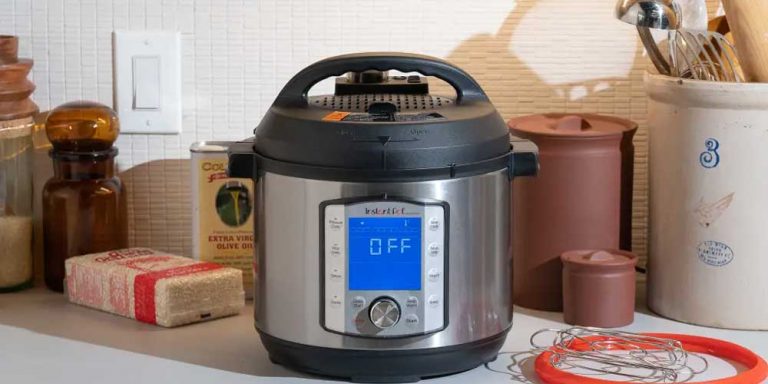 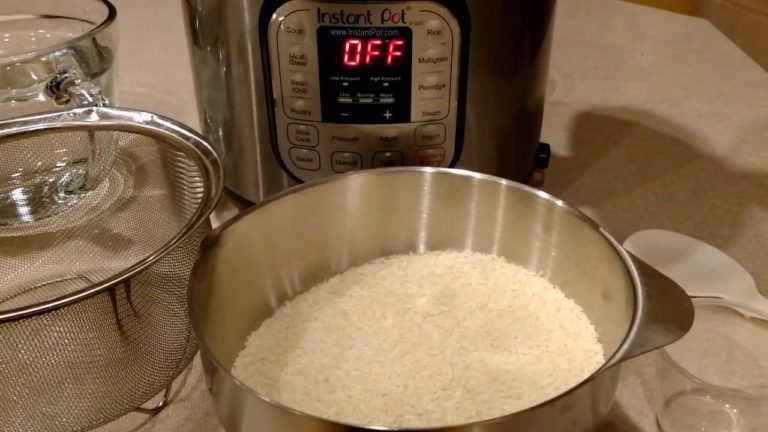