The most popular air purifier from this brand so far, Austin Air Healthmate Plus has received excellent response from users since its launch. The credit goes to the company itself, which has credible repute in the market in the air purifier category. The US government chose only Austin Air for promoting several national campaigns targeted at dealing with smoke from chemical weapons, gas leaks as well as that from natural wildfire. Among its several offerings, Austin Air Healthmate Plus can safely be considered one of the top ones. Here’s a detailed Austin air purifier review.

In terms of design, this one is an exact replica of the original Austin Air Healthmate. Despite being an upgraded version of the original, the current model doesn’t present a very different appearance. The exterior body is made of stainless steel with a powdered coat paint finish. In essence, the appliance speaks of durability in the long run.

The device is 2.3 ft. tall allowing for easy access to the top knob for changing the fan speed. The perforated grill on the device ensures effective performance. There is only one knob to change the fan speed, offering easy convenience of use.

The model is available in four different colours – black, midnight blue, white and sandstone. Weighing 47 lbs., it can be quite difficult to lift up. However, the outer body is made of solid activated carbon and zeolite which ensures longevity.

This particular model under review is black in colour and looks quite elegant and stylish. It is quite compact look-wise and can easily fit any corner of the room without using up much space. We feel that with regard to design, it totally beats similar models in the competition. There’s no matching Austin Air Healthmate Plus’ sleek and compact looks.

The pre-filter works at the first stage of filtration in the air purifier. The one in Austin Air Healthmate Plus is effective at trapping large air pollutants such as large dust mites, pet dander (also read best air purifier for pets), fur, or hair, and any other objects in the air which are easily visible to the naked eye.

Once these large objects are captured by the air purifier’s pre-filter, the partially-filtered air moves through the next stage of filtration. This is known as the Medium Particle Filter, which is present alongside the pre-filter in the device. The other filtration stages of the purifier are explained below.

Austin Air Healthmate Plus provides for a double pre-filtration system to facilitate more efficient cleaning. While the pre-filter will capture large, easily identifiable polluting substances present in the air, the medium-particle pre-filter is responsible for eliminating small to medium-sized airborne pollutants.

These include dust, pollen and mould spores. The dust mites are smaller in size than those already trapped at the pre-filtration stage. However, this additional stage of filtration present in Austin Air Healthmate Plus has been included to ensure safer and healthier indoor living.

By capturing successfully, small to medium-sized particles in the air, the purifier passes the filtered air through the next level.

This filter in Austin Air Healthmate Plus is made of a combination of 15 lbs. activated carbon, potassium iodide and zeolite. This mixture present in the filter’s composition helps eliminate gases and odours such as smoke emanating from cooking, chemical odours like those from formaldehyde, benzenes and Volatile Organic Compounds (VOCs).

These toxic gases and smokes are commonly found in every household from chemicals used in cleaning substances or the smoke we all inhale from cooking. They can be quite harmful to our health and therefore the activated carbon filter works at filtering the air off these potentially harmful substances.

This is the most powerful filter of the Austin Air Healthmate Plus air purifier device. The filter covers 60 sq. ft. area and is made of medical-grade True HEPA technology. HEPA filters are renowned for eliminating microscopic-level pollutants in the air.

The one present in Austin Air Healthmate Plus is capable of removing at least 99.97% of all polluting substances which are larger than 0.3 microns! Besides that, the filter has also proven efficiency in eliminating 95% of all the polluting particles larger than 0.1 microns in size. Opposed to HEPA Type filters, these mainatin consistencies in standard and are trusted to provide the best particulate filtration.

This means that only the tiniest molecules of pollutants are able to pass through the HEPA filter for utmost maximum filtration.

Here too, the device can be considered fairly superior to most other similar-feature models in the competition at the same price point. The best part about using Austin Air Healthmate Plus for your home is that it can comfortably cover an extra large room space of at least 1,500 sq. ft. Among our other picks for the top large room air filters, Austin Air definitely is a contender.

The Air Change Per Hour (ACH) rate of the appliance is 2X to 4X. At this high ACH, the device is capable of changing the air in a particular room where it is placed every 15 minutes! This is something completely phenomenal compared to competitor models. It also has a very high CADR rating of 400 cfm.

In this category, Austin Air Healthmate Plus falls short of the competition because the fan operation of the appliance can be quite noisy to tolerate. The sound generated at the lowest fan setting is 50 decibels. This is considered even higher than the noise produced by some other air purifiers in the lower price category at their highest speed setting. Now that’s something to ponder about.

So you can imagine that when you turn this device to its highest fan speed, it will create a noise range of 66 decibels! If you plan to use it at the highest speed regularly, you’ll have to accept the noise.

Austin Air Healthmate Plus comes with a Permanent-Split Capacitor (PSC) motor which works at consuming less energy, thereby lowering cost of operation per month. Despite this feature, the device still manages to consume a total energy of 56 watts to 132 watts (which is fairly high by these standards). You can consider Rabbit Air MinusA2 which is the most energy-efficient air purifier we’ve reviewed on this site.

Calculating on an average use of 8 hours per day (which is the standard for computing energy efficiency of any air purifier), Austin Air is likely to generate a cost of at least $20-$48 per annum. That said, the actual energy efficiency of the device would always vary on individual consumption.

This is perhaps the maximum warranty ensured by any manufacturer on an air purifier at this price point so that way, Austin Air definitely scores a point here. The company promises long-lasting efficiency of all its filters used (at least 5 years). During this period, Austin Air would gladly oblige to any filter replacement. Almost gives you negligible running costs like that of Air purifiers with reusable filters.

The Austin Air Healthmate Plus fan has high power at all the 3 speeds provided – low, medium and turbo. This ensures effective cleaning in any room as large as 1500 sq. ft. every 15 minutes! The fan provides a maximum of 400 cfm at the highest setting, which is pretty good.

The product comes with easy-roll casters, which assures comfortable portability of the appliance from one room to another. If you wish to place the device in another room, you can easily roll it through on the in-built set of 4 castor wheels. This would also lighten the burden of manually lifting this 52.9 lbs. appliance.

Austin Air Healthmate Plus includes a 360 degree air intake feature which allows for absolute filtration of air from all angles of the room. The air being circulated in the specific room is captured from all nooks and corners into the device through the 360 degree technology and then clean air is circulated back.

Besides that, with the launch of the company’s another flagship model – Austin Air Bedroom Machine – the price of Austin Air Healthmate Plus has considerably dropped since its first launch. However, at this price, it easily stands in direct competition to the other high-range air purifiers in the market currently.

Verdict – What do we think of the Austin Air Healthmate Plus

Though a top-end, high-range air purifier from Austin Air, the Healthmate Plus is unbeatable in terms of performance, efficiency at room cleaning and the superior HEPA filtration technology that it so proudly possesses. Austin Air has carefully introduced a much better upgrade to its previous model – Air Healthmate – and Healthmate Plus does complete justice to the move.

The device has the potential to take care of a host of asthma and other respiratory conditions, all a product of indoor airborne pollutants. Even if the price seems a notch up higher, it’s still perhaps a small price to pay for longer-term health benefits, we say!

Noah is a technology enthusiast that is always on the lookout for newer innovations in the 'smart products' matrix. Working on his interests, he has even been a part of a startup featuring Air purifiers that he left once the company resorted to misleading marketing manoeuvres. Owing to all the time that he's spent working on improving air purifier designs, he stands unrivalled in picking apart deceptive claims of manufacturers while promoting genuinely legitimate air cleaners. 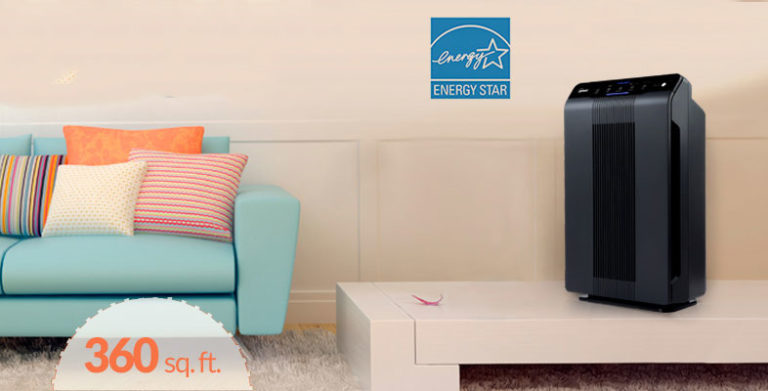 Selecting a worthy air purifier might seem a daunting task to you, especially when there is a wide range available in the market. Many air purifiers look the same or wildly different from each other. If you have done a bit of research online, then you have likely come across the Winix 5500-2 model. Winix…

Sadly in the modern age, pollution isn’t the only thing to worry about. We wear masks stepping out of homes to protect against dust and smoke. Do we need one indoors too? Going by research, maybe we do. Several respiratory allergies, about which we’re clueless most of the time, are a result of “indoor pollutants”…. 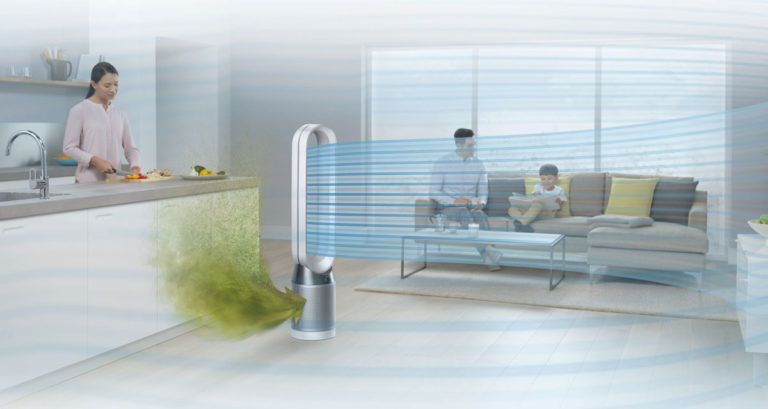 Pollution is one of the biggest issues that we humans face in our everyday lives that also includes air pollution. And if you are living in a polluted city that has a low air quality index, then you can start facing respiratory issues after a long period of time. Due to this, it is highly… 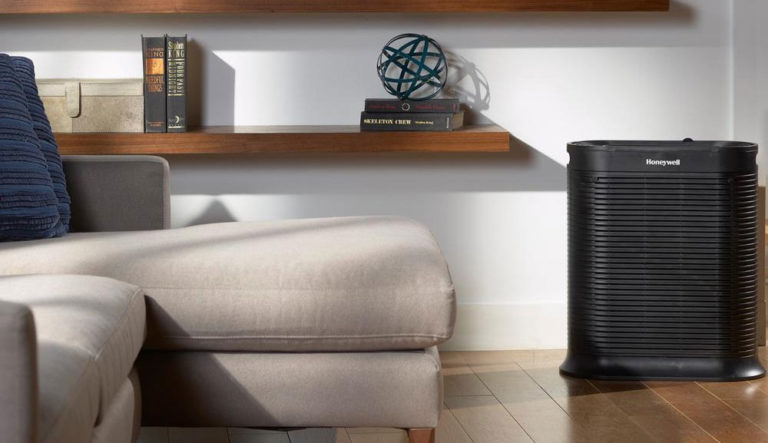 Air purifiers have become more of a necessity now than ever before. For, the air we breathe indoors is not clean or healthy anymore. More than the dust and smoke outside, we should be worried about the dust mites, bacteria and mould infesting our homes. We can choose to stay indoors but there’s no escape…

Since air purifiers are quite important and popular in the current day and age, there are various options available out there. One such brand of air purifiers is Blueair that offers great performance in most of its models. Its Blueair Blue Pure 211+ Air Purifier is one such popular air purifier that offers a lot…

IQAir HealthPro Plus falls in the top-end, high price-range category. The product has so far proudly earned 6 consecutive awards in its name for being the most powerful air purifier providing flawless air purification.